1. Tell us something hardly anyone knows about you.
I had my first birthday in Tonga because I spent large chunks of my childhood living and traveling on sailboats my Dad had built. Wait, is that two things?

2. What is your nickname?
My friends call me Rory the Great. Haha, jokes. I don’t really have a nickname, but when I was a rifleman in the Army Reserves it was Hammer, which is a shortened form of my surname and very ironic because I’m very mild mannered.

3. What is your greatest fear?
Geez, that’s a bit deep. I’ve been scared of lots of things such as the dark, whales (they are very big and I lived on a boat) and when I was 10 I was scared of growing a prominent Adam’s apple. These days my biggest fear is probably not pushing myself to be the best I can be and regretting it later in life. Deep right?! Also words with two Rs in them… I have a lisp.

5. Tell us five positive words that describe you as a writer.
Fun, funny, quirky, quick, adventurous.

6. What book character would you be, and why?
I would definitely be a bear. Everyone loves them and hopefully there would be some honey in my book… honey is delicious.

7. If you could time travel, what year would you go to and why?
Now you’re speaking my language. I have a history degree so this is something I often think about. To be honest, there are so many cool things in the past that I would love to see that I can’t narrow it down to a year… so instead I’m going to choose the year 2222 because I’m curious to see what the future holds and those 2s make it an interesting year already.

8. What would your 10-year-old self say to you now?
I think 10-year-old me would ask whether I still love the movie Gladiator (it came out when I was 10). The answer is yes, it is still awesome.

9. Who is your greatest influencer?
My parents and my wife. They have all had some pretty rough things thrown their way throughout life, but they have always kept going. From a writing perspective though I’d say Aaron Blabey because I started writing in 2015, which was the year after Pig the Pug came out and when he had loads of other picture books coming out. They were some of the first picture books I’d read since childhood and they were my exactly my sense of humour.

10. What/who made you start writing?
I’ve always written in some capacity – I was the king of roses are red poems for my Mum back in the day – but it was simply the art form of picture books themselves that turned me into an actual writer. In 2015 I got a job delivering kidlit programs in a public library – so I was reading loads of picture books – and I just fell in love with the format.

11. What is your favorite word and why?
Synonym, because it sounds like cinnamon which I love. And also because I find synonyms useful when writing stories. It isn’t a great word for my lisp though.

12. If you could only read one book for the rest of your life, what would it be?
Oh wow, I don’t think I’d like that at all. It’d have to be a really big book so that by the time I got to the end I’d forgotten the beginning. Or maybe a book of short stories so that there are lots of different things to read. When I was a kid, I had a Reader’s Digest history book called When, Where, Why and How It Happened. I read that a lot so I am going go with that. 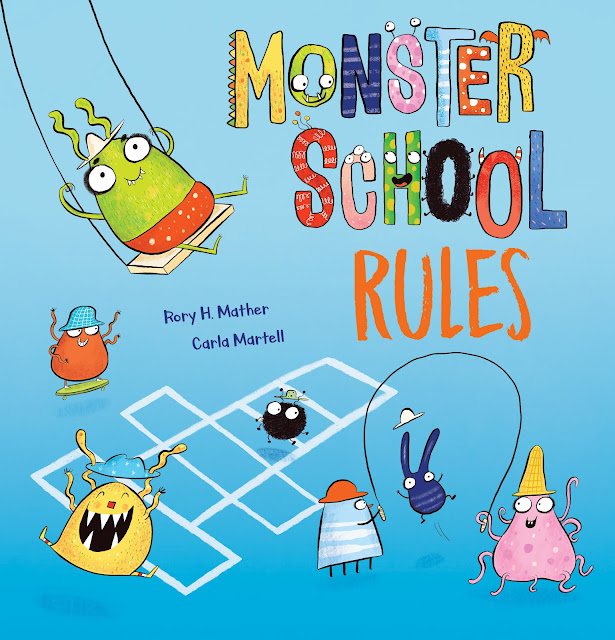 Rory Mather is the author of six absolutely hilarious picture books, and he has a heap more on the way. He is often seen staring into space or smirking because he has thought of something funny. He lives in Toowoomba with his wife and two dogs. For more details, see www.roryhmather.com