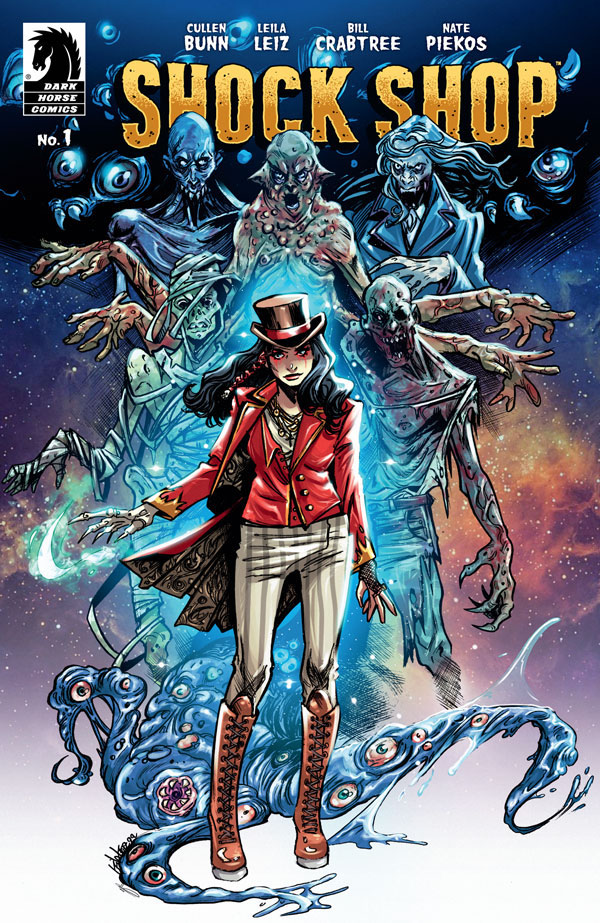 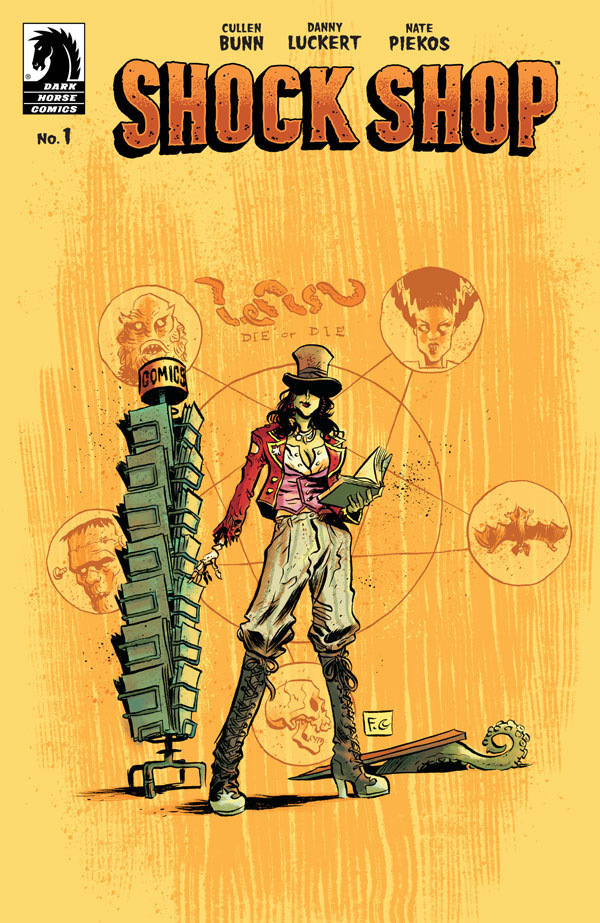 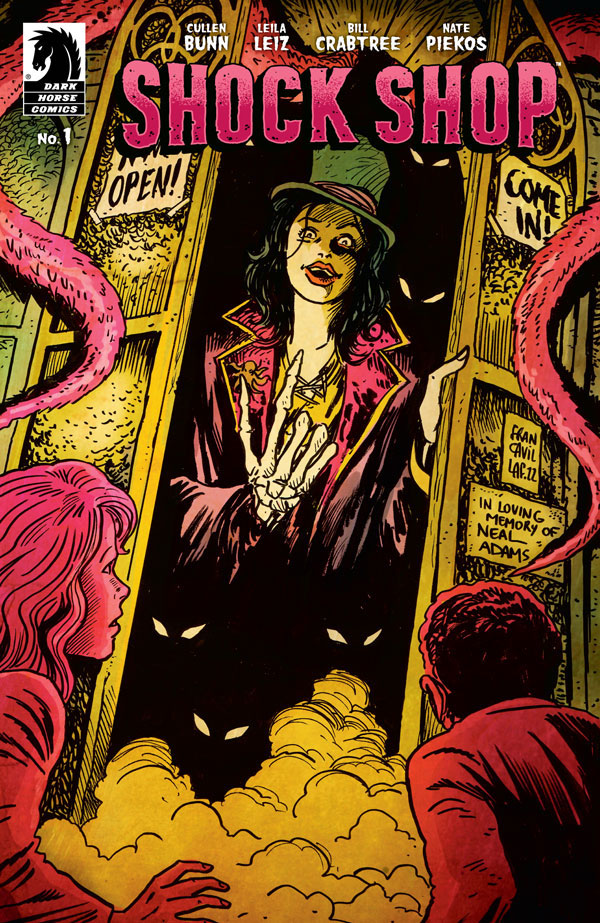 Venture into a haunted comic book shop for tales of terror!

In FAMILIARS: After a painful divorce and custody battle, Trevor rents a house and tries to rebuild his life. Soon, he discovers that his house appears to be “haunted” by more than one spirit: the minions of a long-dead coven of witches. When the creatures begin feeding on Trevor’s feelings of anger and guilt, they lash out at those who draw his ire, whether he wants them to or not.

In SOMETHING IN THE WOODS, IN THE DARK: A husband and wife who are going through a tough time go on a camping trip with a few friends into the deep woods. As they trek further into the forest, they realize that they are being stalked. Something in the woods starts killing the campers–a hideous, inhuman thing that may have more ties to the campers than any of them realize.

Shock Shop #1 will be available at comic stores September 7, 2022 and is available for pre-order at your local comic shopwith a retail price of $3.99. Shock Shop is recommended for ages 14 and up.