Hi, Adam Rex! Hi, Laura Park! Thank you for visiting Watch. Connect. Read. to celebrate Digestion! The Musical. I had so much fun reading it. I often say there are two things I know a lot about: children’s literature and musical theater. I’m actually writing these questions from Times Square at the corner of 45th and Broadway. Adam, what planted the seed for a musical about digestion?

Adam Rex: I think this was the first manuscript I wrote that came directly out of becoming a father? Suddenly I was using the word “potty” a lot more than I ever had; and because I’m that kind of dad this led quickly to me saying “Let’s get this potty started” and doing the running man and humming the Space Jam theme and so forth.

I started thinking there might be a book in that: a book called LET’S GET THIS POTTY STARTED wherein a kid doing a squirmy “gotta go” bathroom dance inspires a bunch of squirrels and birds or whatever to start up a dance party around them. It turns into a disco but the kid just has to go to the bathroom. It was a funny idea, and like most funny ideas there was no real story there and I never figured out how to develop it further.

I don’t exactly remember how it got from there to a stage musical picture book about the digestive system, except that one of my oldest ideas for a book was to write a bunch of funny poems about body parts. I think I mashed those two things together and this is what came out.

Laura, what ran through your head (and your heart) the first time you read Adam’s manuscript?

Laura Park: When I first read Adam’s script, my blood ran through my heart—which is normal. What ran though my head was that this book was an intense world of if its own—where candies and teeth and even lungs can sing. So as an illustrator I spent a lot of time figuring out what this world would look like . . . and then what this world would look like on stage. I definitely was more rigid when I started but I hope the readers will enjoy the more fantastical elements that build towards the middle and end!

Laura Park’s illustrations take an overcomplicated nightmare of a manuscript that ought to collapse under the weight of its own weirdness and turn it instead into a perfectly bright, charming small-town-kid-makes-good story that will have audiences cheering.

Dr. Bortuzzo is a good gastroenterologist, but when I saw her yesterday she said she no longer felt it necessary to order a capsule endoscopy for me. Which is probably a good thing! But since a capsule endoscopy is essentially swallowing a robot that travels through your alimentary canal snapping pictures like a tiny tourist, I have mixed feelings about no longer getting to do that.

Digestion is a bodily function and a surreal and hopefully funny read. I hope readers will laugh and also be able to name what plasma’s role in blood is.

Digestion! The Musical‘s endpapers were an indulgent thrill to make. Most of the book, I was trying to best translate the inherent humor of Adam’s words; the endpapers were a way to play within this strange world and invent what the audience and backstage of this musical looked like. I especially liked including childhood favorite foods and a few cameos of friends favorite foods.

Thank you, Laura and Adam! 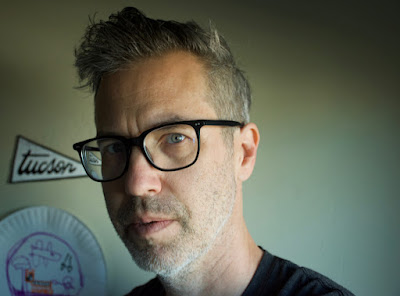 Adam Rex is the author and illustrator of many beloved picture books and novels, including The True Meaning of Smekday (which was made into the major motion picture Home) and the New York Times bestseller Frankenstein Makes A Sandwich. He has also illustrated the work of many other authors, including Jon Scieszka, Mac Barnett, Jeff Kinney, Kate DiCamillo, Eoin Colfer, Christopher Paul Curtis, Paul Feig, and Neil Gaiman. He lives in Tucson, Arizona. 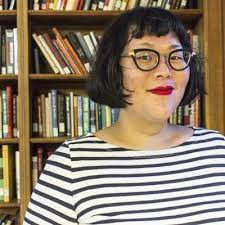 Laura Park is a cartoonist and the illustrator of two New York Times–bestselling series, Middle School and I Funny; the picture books Abner & Ian Get Right-Side Up and Unstoppable; and many other books for young people. She is an American living in France.