And it’s time for an exclusive cover reveal: “Hell of a Mess” By Nick Kolakowski.

“Hell of a mess” is the fourth book in the “Love & Bullets” series of heist thrillers. Like the previous books in the series, it focuses on Bill and Fiona, a wisecracking criminal couple with the amazing ability to get themselves in deep, deep trouble. This time around, however, the stakes are higher than ever, as the twosome aren’t just battling other criminals, but Mother Nature at its absolute worst.

What qualifies as “worst”? The cover should provide the first hint. Shotgun Honey will release “Hell of a Mess” on Aug. 26. Until then, here’s the summary to whet your crime-fiction appetite!

The heist should have been a simple one: infiltrate the top floor of a luxury New York City penthouse, steal a server with compromising data from under the noses of the unsuspecting guards, and slip back out. Fiona, master thief and occasional assassin, has pulled off similar jobs dozens of times.

But with a massive hurricane bearing down on the East Coast, the timing is tight and the escape routes are limited—and that’s before she discovers something horrific in the penthouse’s master bedroom. 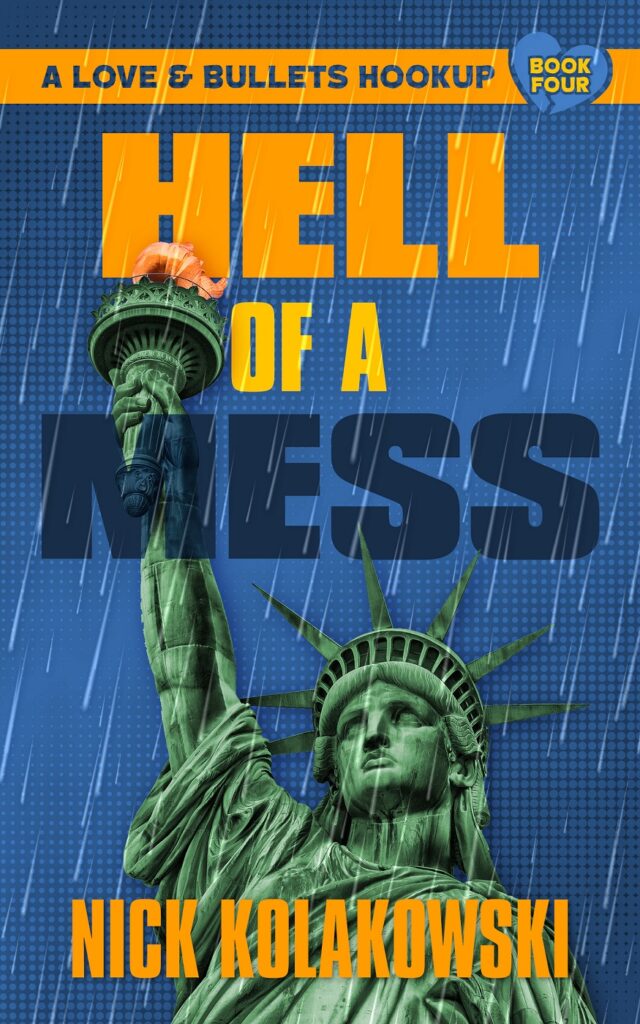 Now Fiona’s on the run, trying to stay one step ahead of rising floodwaters and an army of hired assassins. Her husband Bill, the finest hustler between Florida and Maine, can’t help her: he’s been kidnapped by a group of dirty cops who want the secret millions left by his former employer. The night will take the two of them from the heights of money and power in Lower Manhattan to a haunted island in the East River where no secrets stay buried forever.