Welcome back to Watch. Connect Read. Thank you for stopping by to share Abraham Matias’ cover illustration and Samira Iravani’s cover design for The Ghosts of Rancho Espanto.

Adrianna: I’m so excited to share the cover of my new middle grade, The Ghosts of Rancho Espanto. After dipping into historical fiction with Cuba in My Pocket, this book takes me back to my favorite genre, contemporary fantasy. Rancho Espanto is filled with lava-esque green chili burritos, unruly and demanding horses, and an elusive man hiding in the shadows. Our brave main character Rafa Alvarez, seen in the center of the cover, has to decide if the ranch is haunted… or if a deeper mystery is at work.

The cover artist, Abraham Matias, created ‘paper theater’ in order to bring the horses and scenery of Rancho Espanto to life. He perfectly captured the New Mexico setting, the ominous feel, and even hints at the identity of a very important character in the story. So if you’re brave enough, get ready to battle the ghosts of Rancho Espanto! 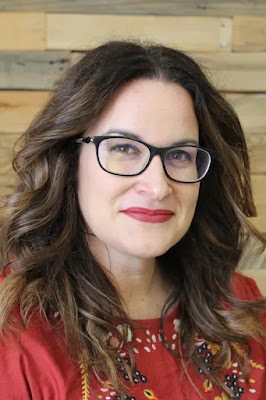 Adrianna Cuevas is the author of the Pura Belpre honor book The Total Eclipse of Nestor Lopez, Cuba in My Pocketand The Ghosts of Rancho Espanto. She is a first-generation Cuban-American originally from Miami, Florida. A former Spanish and ESOL teacher, Adrianna currently resides outside of Austin, Texas with her husband and son. When not working with TOEFL students, wrangling multiple pets including an axolotl, and practicing fencing with her son, she is her next middle grade novel writing. 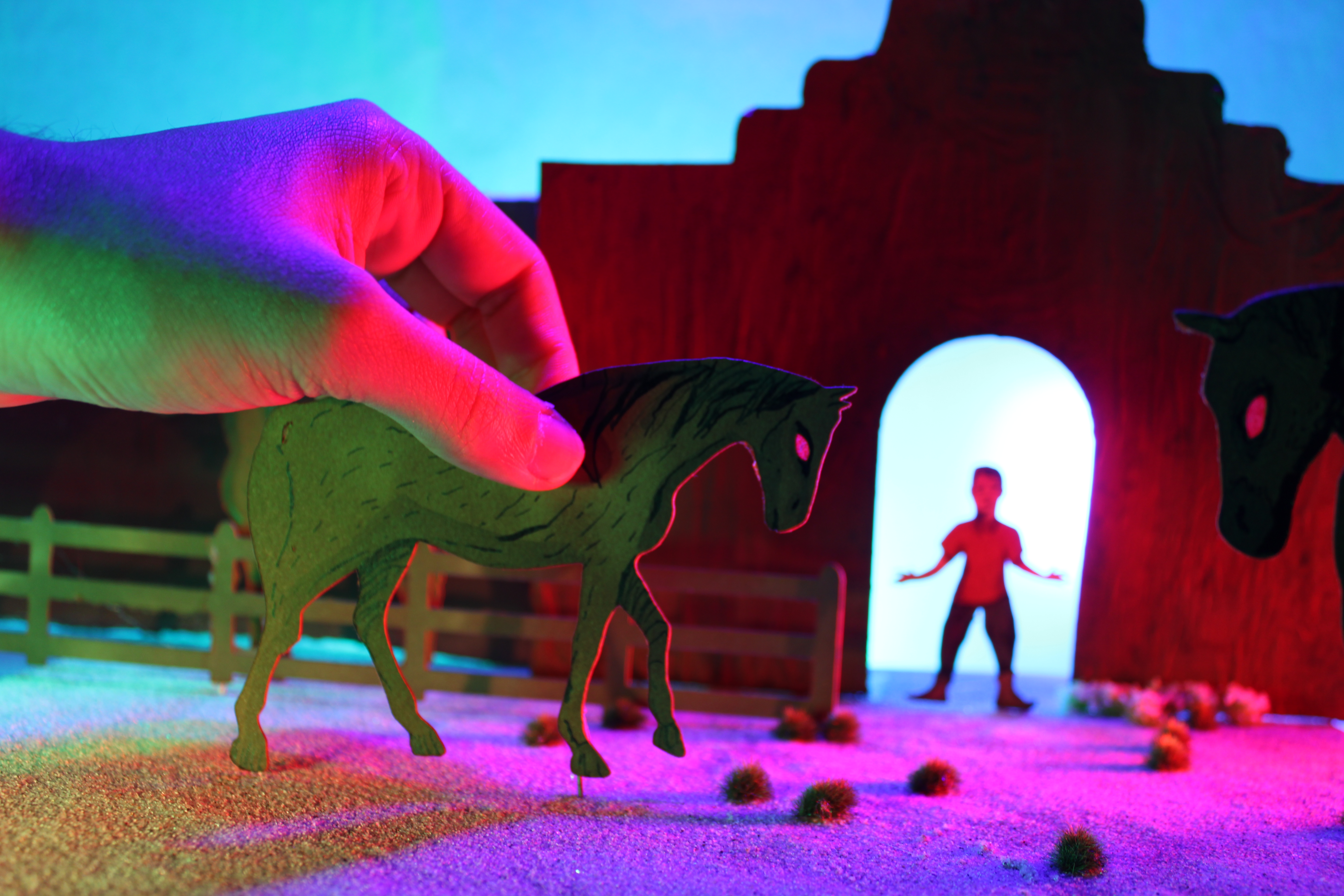 Rafa would rather live in the world of The Forgotten Age, his favorite role-playing game, than the face of his father’s increasing restrictions and his mother’s fading presence. But when Rafa and his friends decide to take the game out into the real world and steal their school cafeteria’s slushie machine, his dad concocts a punishment Rafa never could’ve imagined–a month working on a ranch in New Mexico, far away from his friends, their game, and his mom’s quesitos in Miami.

Life at Rancho Espanto isn’t as bad as Rafa initially expected, mostly due to Jennie, a new friend with similarly strong snack opinions, and Marcus, the veteran barn manager who’s not as gruff as he appears. But when Rafa’s work at the ranch is inexplicably sabotaged by a man who may not be what he seems, Rafa and Jennie explore what’s behind the strange events at Rancho Espanto–and discover that the greatest mystery may have been with Rafa all along.